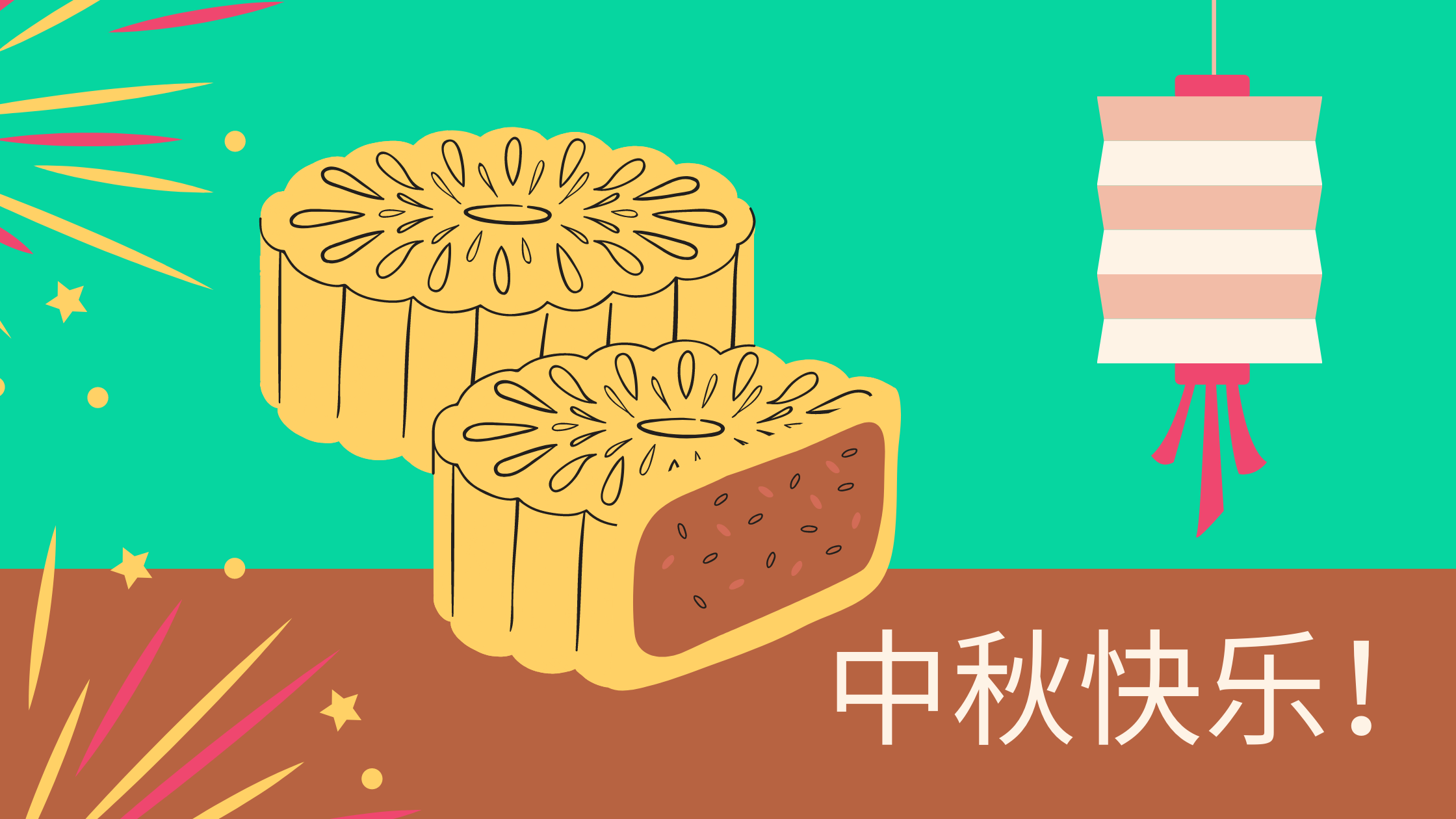 Mooncakes and Moonbeams: a Guide to the Mid-Autumn Festival in China
Daniel Nalesnik
•   September 7, 2021

The Mid-Autumn Festival represents a great opportunity to participate in traditional Chinese festivities while deepening your understanding of the culture. The Mid-Autumn Festival (Chinese: 中秋节; pinyin: Zhōngqiūjié), also known as the Moon Festival or the Mooncake Festival, is a widespread holiday celebrated differently all over Asia. In this article, we’ll focus on how the Mid-Autumn Festival is celebrated in China. Plus, at the end of this blog post, you'll find a handy list of Chinese vocabulary that will help you get ready for this holiday.

In China, the Moon Festival is the second most important holiday after Chinese New Year. The Mid-Autumn Festival occurs on the 15th day of the eighth lunar month, which places it in September or October in the Gregorian calendar.

In 2021, the Mid-Autumn Festival will be on Tuesday, September 21st.

In China, the public holiday for the festival will run from Sunday, September 19 up to the 21st.

Origins of the Mid-Autumn Festival

From these origins, the present-day festival developed over the course of hundreds of years. The 15th day of the eighth lunar month was officially made the Mid-Autumn Festival during the Song Dynasty (960–1279). It recently became a Chinese public holiday in 2008. Nowadays, the festival is celebrated as a welcome time off to relax, spend time with family, and participate in festivities.

Like many Chinese traditions such as the Qixi Festival, the Mid-Autumn Festival is also explained by an origin myth. The myth in question here is the legend of Houyi and Chang’e. There are variations in the myth, but the general story goes something like this.

The Myth of Houyi and Chang’e

The story begins with ten suns in the sky scorching the land with their combined heat. Houyi, a great archer, shoots down nine of the ten suns, thereby saving his people. Houyi’s reward from heaven is an elixir of immortality.

When Houyi brings the elixir back to his wife, Chang’e, neither Houyi nor Chang’e wants to leave the other, so neither of them drinks the elixir. Chang’e then holds onto the elixir of immortality for safekeeping.

Houyi, still on Earth and devastated by Chang’e’s departure, makes yearly offerings to the moon on the 15th day of the eighth lunar month, hoping to catch a glimpse of Chang’e’s image on the surface of the moon. Sympathetic villagers join him, and people keep the tradition to this day.

During the Mid-Autumn Festival, the roundness of the moon becomes an important symbolic component of many traditions, so things that are round are accorded a special symbolic status. Roundness represents wholeness and the coming together of family, and all of this plays in quite nicely with the family reunions that occur during the festival.

In general, the various traditional ways of celebrating the Mid-Autumn Festival in China vary by region, but here are some common ones.

Families get together during the Mid-Autumn Festival much as many do for Chinese New Year. Families might plan to gather at someone’s home to eat a sumptuous meal and celebrate the holiday together. Popular foods are harvest season foods or round fruits and vegetables like grapes, pumpkins, and pomeloes

For a more traditional celebration, families might make a joint offering to the moon then enjoy the spread together. Afterwards, families participate in the holiday’s festivities.

Families, friends, and individuals also seek out the best spots to admire the full moon during the holiday. The full moon on the Mid-Autumn Festival is believed to be the moon when it’s the brightest.

People seek out special sites to appreciate the moon for the Mid-Autumn Festival. In Chinese cities, people visit temples, altars, and public greenspaces to find the best spots to view the moon. In rural areas, you might be able to watch the moon from a mountaintop. Many people are also drawn to bodies of water to see the moon’s reflection.

Lanterns are another important tradition during the Mid-Autumn Festival. These serve as festive decorations brightening streets and the facades of buildings. They announce the holiday season with their light and (in many cases) roundness, and children usually get some lanterns to play with. In some regions, people also release sky lanterns to watch their glimmering light and send off their wishes.

Of course, there are also mooncakes. Mooncakes—shaped to be round like the full moon—symbolize reunion and happiness. 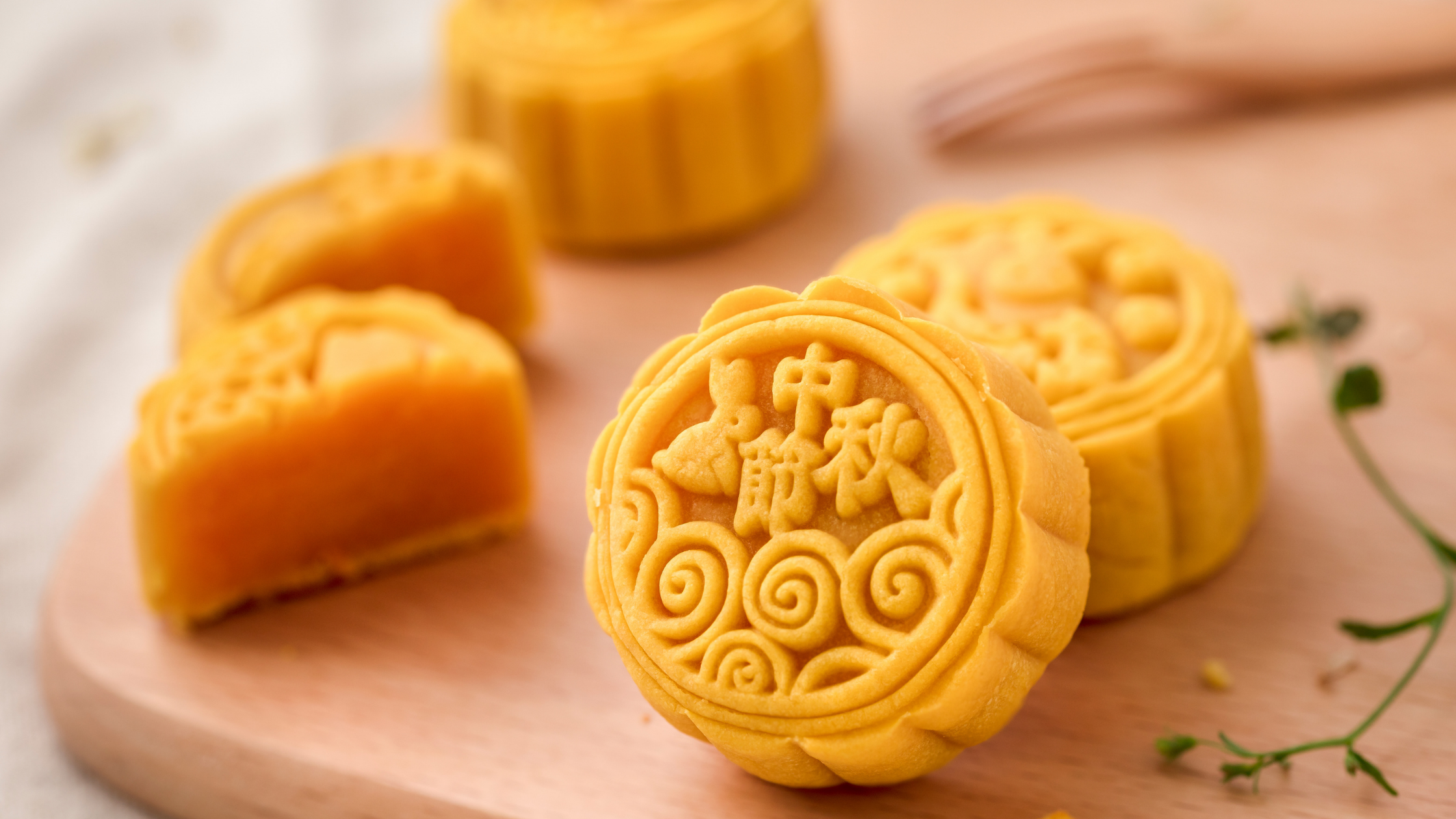 Different regions of China have different mooncake specialties, but generally, the recipe calls for a pastry that’s stuffed with dense filling. The pastries are then molded into round shapes with decorative patterns before they are baked.

There are many mooncake fillings, some of which are more traditional, others of which have been updated for contemporary palates. Classic fillings for mooncakes are lotus seed paste and red bean paste. Mooncakes can also be filled with savory fillings like pork or seafood or sweet fillings like chocolate, fruits, green tea, or ice cream.

The custom of gifting mooncakes to friends, colleagues, and family during the Mid-Autumn Festival is important in China. If you’re buying a mooncake to munch on yourself, you can pick one up on the street or from a market.

With this vocabulary in hand, you can talk about how gorgeous the moon looks and celebrate a great Mid-Autumn Festival as you nibble on your mooncakes.